The man with a name. Havana 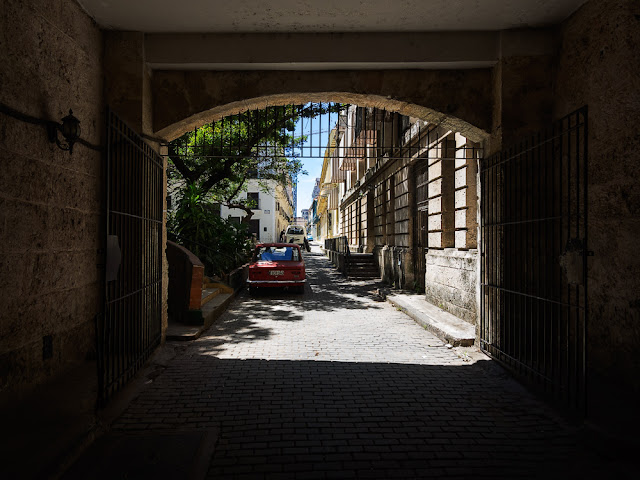 We took pastries to the Parque Alejandro de Humboldt on our last day in Havana: cigarillos, the least sugary treat available from the cabinets of biscuits, cakes and pastries so sweet that even looking at them sent your glucose levels skywards. The queues for them stretched out of San José bakery into Calle Obispo every day. Sugar, along with tobacco and sunshine - all plentiful in Cuba - must surely be pillars of the Cuban Revolution. 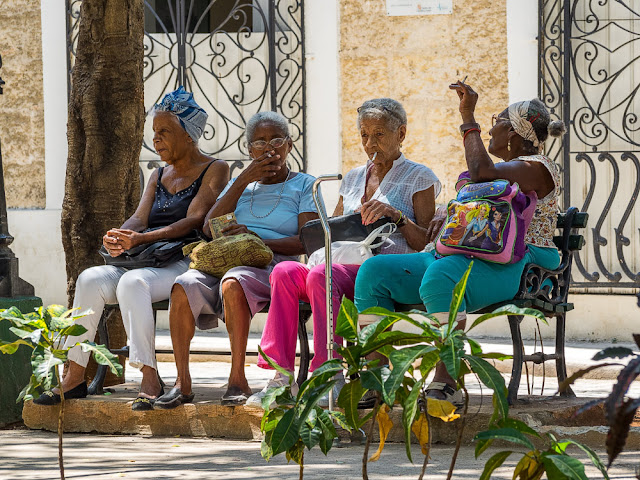 The square was busier than usual.  Some of the old ladies from the day care centre had stepped outside to enjoy a cigarette under the shade of the palm trees.  In the corner, an outdoor hairdressing salon had set up.  Trainees were getting in some practice, offering trims and re-styles to passers-by who could have a new look for free if they were willing to risk a scalping.  We found a bench and settled to watch. 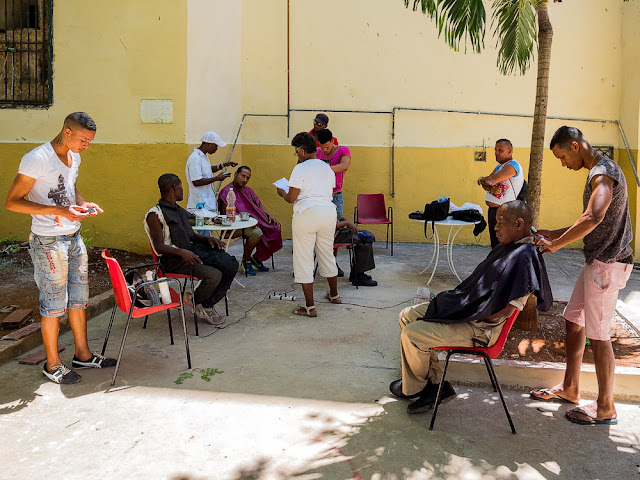 The park had become one of our favourite lunchtime spots, a cool oasis to rest after mornings spent walking the streets of Old Havana beneath an ever brighter sun.  Each day we shared the shady benches with familiar faces, mostly old gentlemen who seemed to have no place to go and who we came to think of as lunchtime buddies.  They, dotted around the small park, had no idea we thought of them as part of our lunchtime gang but were always pleased to see us.

It had started with spare bananas.  We always had spare bananas, at first by accident, then deliberately.  Cuban bananas are tiny and delicate in flavour, it felt good to share and enjoy them together.

Today one of the old gentlemen sat opposite.  A free haircut walked along the path between us: a young woman, red around the ears. Our friend raised his eyebrows skyward.  I smiled.  It seemed neither of us were sure about the Mohican she had chosen.  It broke the ice.  We offered him a cigarillo with the usual bananas and then munched in companionable silence as a man walked by with a parrot on his shoulder and a group practised walking up and down the rehabilitation ramp at the centre with their Zimmer frames.
We had brought a bag of small gifts too, items difficult to find here that we did not need to take home.  Giving, even with the best intentions, can be tricky.  Our friend became uncomfortable.  He made us understand he was not a beggar, did not expect anything from us.  In what was, for me, one of the most poignant moments of our trip, he pulled out an identity card and showed it to me. The print was too small to read his name but I understand it wasn't about that.  He wanted to say he was someone, a proud human soul like everyone else.  I had never doubted it.

Sharing was the answer.  How about, we suggested, he might share the items with anyone who needed them.  We were going home - quick miming of aeroplane wings to make that point - and wouldn't be able to.  This made everyone smile.   As he left he hugged and kissed me.

We saw him twice more, but he did not see us.  The first time, on the next morning before we left for the airport, he was rummaging through the bins.  The second time, a month later, he appeared on a Channel 4 news bulletin.  It was about the promise of change in Cuba with improving US relations.

He was sitting on a kerbside in a street, watching the world go by.  He looked the same as ever.