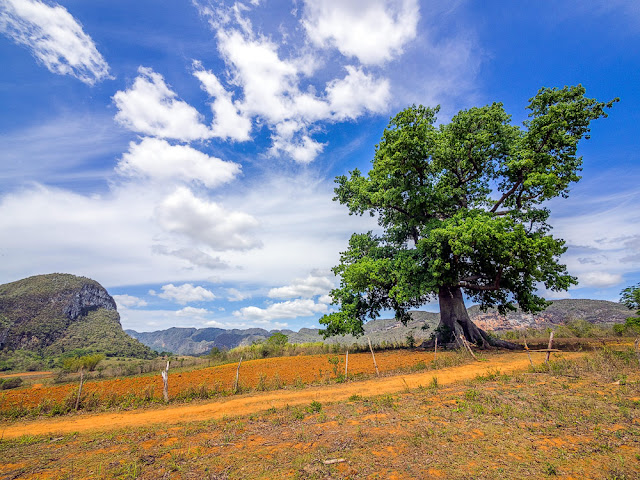 On one of our walks in the Vinales countryside we passed this beautiful tree.  It stood out in the landscape for some distance ahead as our path led us through the russet landscape beneath a forget-me-not blue sky.

Call me a 'tree hugger' if you like, but I do find old trees inviting to touch.  To sweep your fingertips softly against old tree bark is to make a connection with history, with a living entity that has witnessed silently the coming and going of decades, even centuries.  Trees inspire awe in me, reverence even.  They are incredible when you come to think about it, but we mostly take them for granted.

We had been following a route downloaded from the internet.  The presence of a cross on the map indicating a church, we thought, had confused us.  It was difficult to imagine where it might be in the landscape.  It was not a church but the tree: a shrine, perhaps even a place for worship, where offerings had been made. 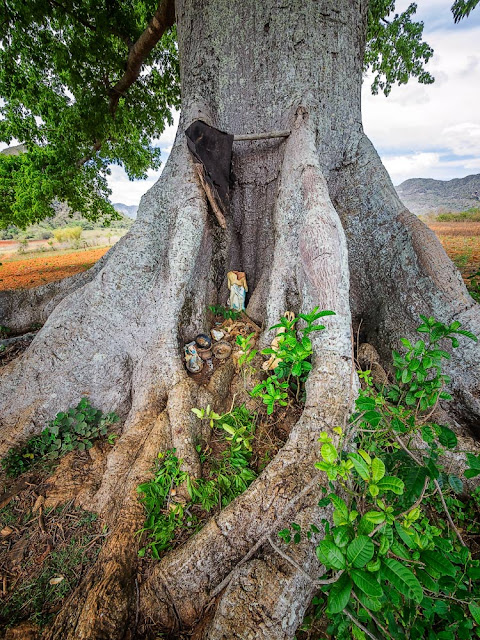 I don't know the significance of the offerings, what they represented or the hopes that were attached to them.  I have no idea whether the heads of the two figures were broken before being placed here. You can see there are animal skulls, coins, and the small glass almost certainly contains rum.

Christianity is the principal religion in Cuba, mainly Roman Catholicism which was brought to the island in the Spanish colonial days.  There is a Catholic Church in the town of Vinales itself.

There is another religion on the island called Santeria which, as I understand it, grew up with an outward appearance of catholicism but was mixed with the Yoruba religion practised by African slaves who were brought here to work on the sugar plantations. 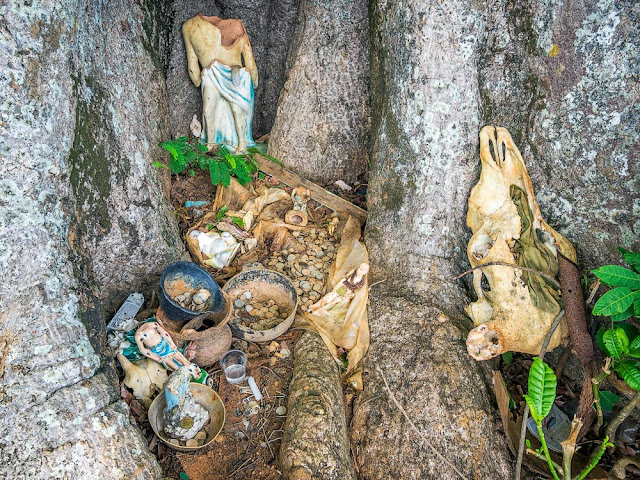 Santeria is fascinating but I know very little about it.  If I get the opportunity to return to Cuba, I will be keen to learn more.  What I know is that there is greater reference to the natural world and the spirits within it.  There is also a strong tradition of healing through, I believe, natural materials like herbs and through appeal to spirits in the natural world.  There is also some animal sacrifice.  I know so little that I do not want to mislead.  I was told, however, that whatever is done in the Santeria religion is done with the intention of good and healing, never with malevolent intent.

Back in Havana for the last few days of our trip, our antennae were more in tune having seen the tree so that we picked up on aspects of Santeria in practice around the city.  We noticed Santeria services being conducted in ordinary front rooms, the doors and windows wide open to let in the air. 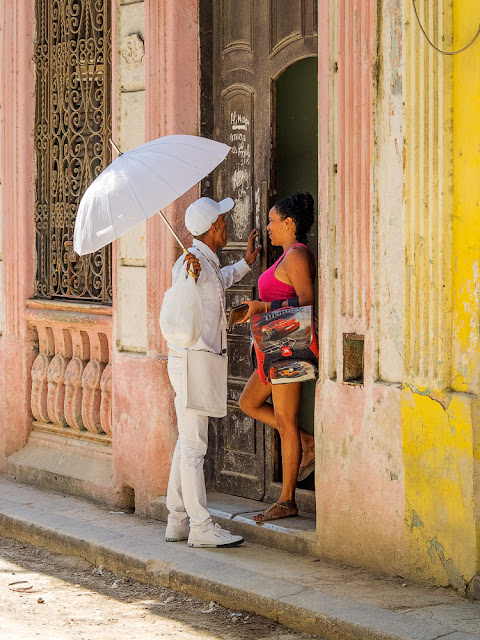 We spotted the Santeria priests 'in training' who spend a year dressed all in white after their initial initiation into the religion. 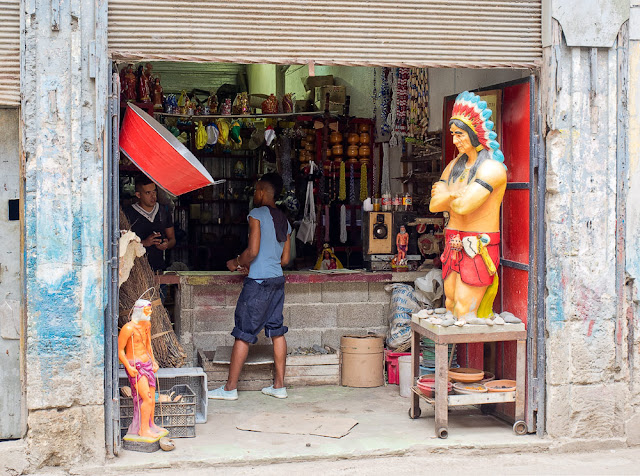 And we paid more attention to the array of religious artefacts on sale in specialist shops.  The business of human faith is intriguing.

Within this context, it's easy to imagine why one might choose a tree like the one in Vinales to be a holy place or a shrine.  It has a strong presence, standing tall and visible from all around and providing shelter from the sun and rain.  If you were to describe its character in human terms, you might choose words like calm, still, reassuring and strong: qualities most of us seek when we're in need of support.